Epicormic sprouts, also known as "suckers" or "water sprouts," are a growth that appears from dormant buds on an existing tree branch or trunk.

A tree of nearly any size can break out heavily in epicormic sprouts. Unlike vegetative and flower buds, epicormic sprouts are very small, usually embedded in the bark and have a "strand" connection to the pith. As the tree grows in diameter, the strands increase in length allowing the bud to survive and sprout whenever conditions are right.

Dormant bud growth is controlled by a natural "growth regulator" made by the developing terminal buds in a healthy and vigorous crown. Unmanaged small-crowned, crowded trees in an understory or in an overstory do not produce enough regulators, so the buds break dormancy and sprout. Some intermediate and co-dominant trees do not put out epicormic sprouts until right after a stand is first thinned. Then the sprouts receiving the most light often grow rapidly into large limbs that can reduce the quality of the branch or trunk. 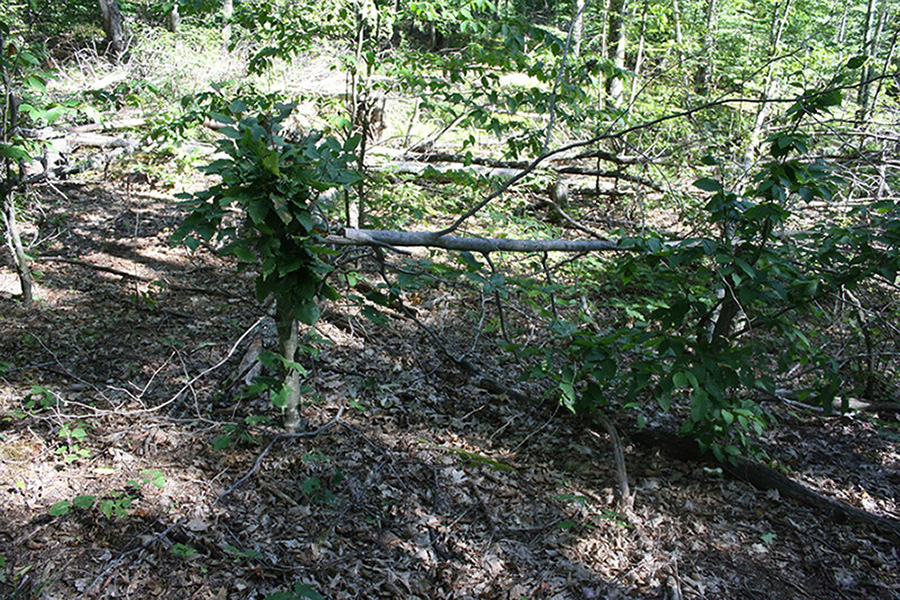 Different species of trees produce different quantities of sprouts – oaks create a much larger quantity than an ash creates.  Additionally, evergreens produce very few suckers in comparison. In most situations, suckers tend to form on newer trees or shrubs. In species of aspen and poplar, they may form at some distance from the tree and are a natural process of reproduction.

There are many reasons that cause sprouts to appear, such as being newly exposed to sunlight. In urban areas, however, sprouts are a symptom of a stressed tree. Perhaps, the tree experienced severe die-back due to winter weather, drought or salt spray. These events often produce many such sprouts as a means of compensating for the loss of leaf surface due to the stress or injury. Suckers can also appear at the base of the trunk of a tree. This type of sucker is usually found in plants that tend to form clumps of woody stems rather than a single stem such as a lilac.

A standard, but not recommended practice to improve the aesthetics of the tree with suckers is to remove a sprout growth either partially or completely to the tips of the branches. This process is referred to in arboriculture as "lion-tailing," which can cause stress in the tree. Lion-tailed branches have a very high tendency to break under heavy winds as the leaves are all on the tip instead of being spread out along the branch where it can better deal with wind pressure.

Thinning a tree too much the first time may cause a flush of epicormic sprouts. It is important to note that when epicormic sprouts are removed, more sprouts will grow as the tree needs tissue that uses sunlight to fuse nutrients from carbon dioxide and water to compensate for the wound from the initial removal. Essentially, the purpose of removal is defeated. The best practice is to remove a small percentage of the weaker sprouts growing in undesirable places and permitting the rest to develop and self-regulate. Some sprouts will be dominant eventually making the tissue resemble a branch.

Keeping a tree healthy is the best method to control epicormic sprouts. The easiest method of control is the frequent pruning of suckers found at the base of a tree.  Excessive suckering can be prevented after trees are cut down with use of a glyphosate herbicide on the freshly cut stumps. The herbicide does not work well to control suckers on old stumps.

Arborist Now is your best choice for tree care services in San Francisco as well as professional tree pruning in Marin County. Contact us today for a plan to regularly maintain the trees on your property and reduce the possibility of unnecessary tree removal.