Invasive Trees to Avoid on Your Property - Arborist Now

Invasive Trees to Avoid on Your Property

If you live near a heavily wooded area, or have additional trees in your landscaping that you did not plant yourself, you may want to be on the lookout for invasive tree species on your property.

We are going to be discussing what makes a species of trees invasive, as well as the most common invasive trees in the United States to watch out for.

What Makes a Tree Species Invasive? 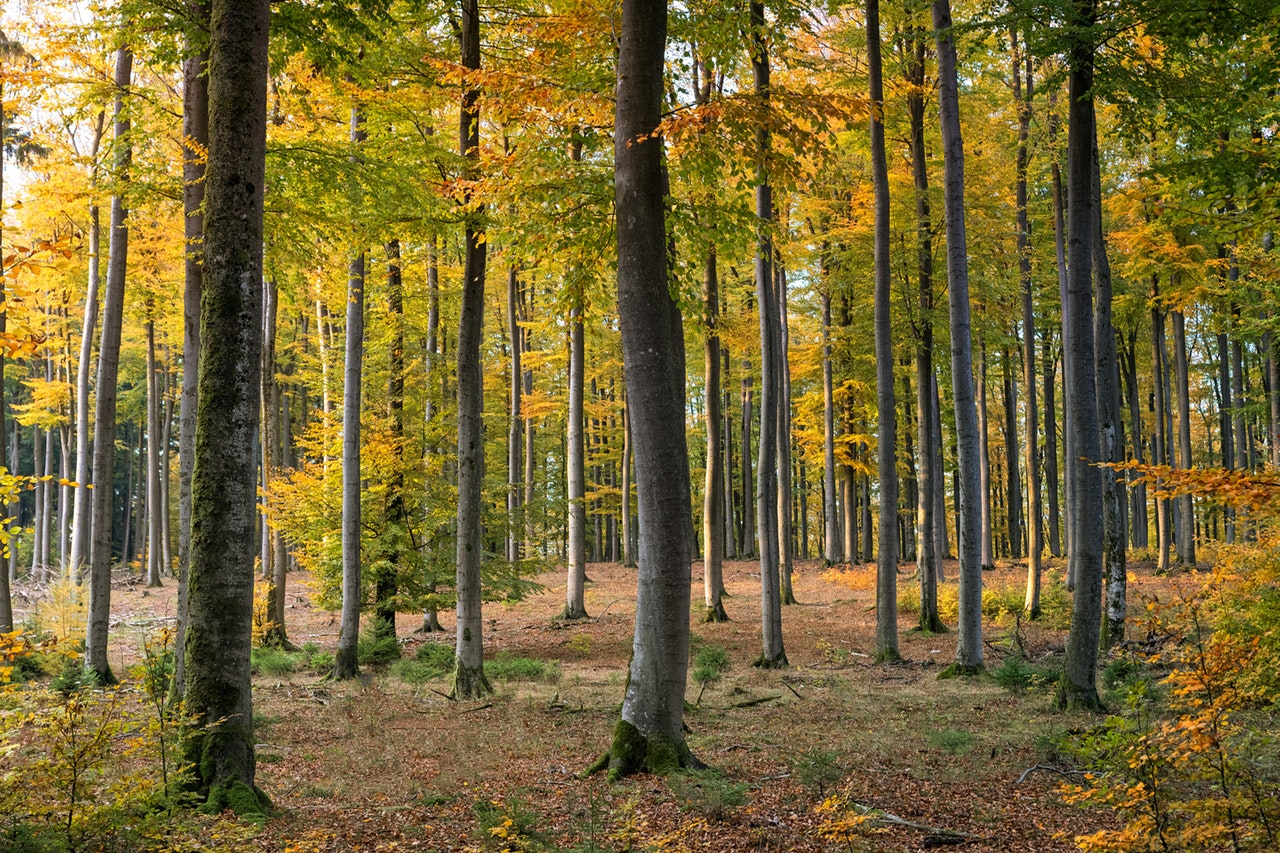 Invasive species refers to those that are a significant threat to many species and native habitats in the country. They are also a huge cost to forestry, agriculture, and recreation. Introduced or naturalized species, introduced diseases, and feral species can all be referred to as invasive .

Trees that are invasive are ones that have spread to areas outside of their know natural ranges, due to human activities. When tree species are not native to a specific ecosystem, and their introduction is most likely going to cause environmental or economic harm (or even harm to human health), it’s considered invasive.

To sum it up, some trees growing naturally (or planted by you) are not good for the location they are thriving in. If you come across non native trees that are outside of their original biological community, and that are likely to cause serious environmental or economic damage, they are invasive.

Now that we have discussed what being an invasive tree species means, let’s take a look at some of the most common ones in the United States. 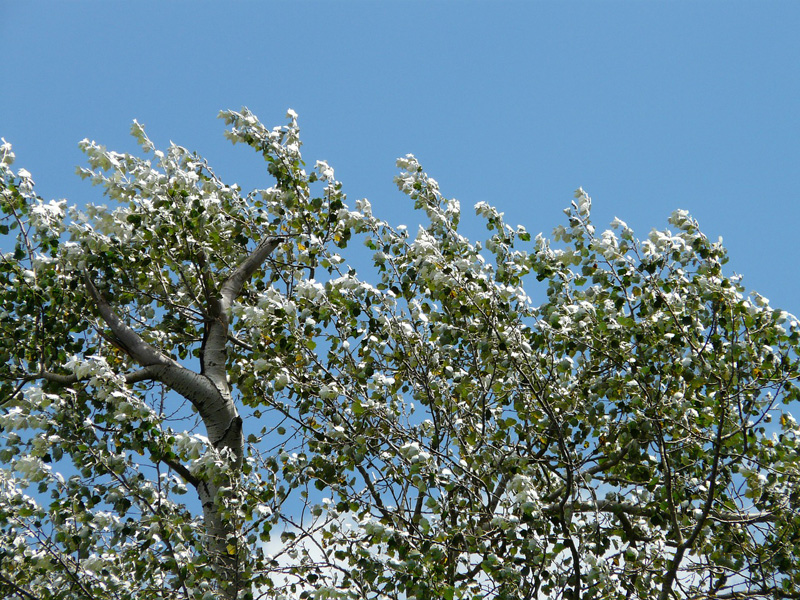 The White Poplar tree , which is also known as the Populus alba, came to North America in 1748, and has a very long history of cultivation.

Typically the tree is planted for its aesthetics. This ornamental tree has beautiful leaves and is lovely to look at. However, once it is planted, it escapes easily and spreads widely.

The White Poplar tree can be found in 43 different states throughout the U.S.A, and it is typically much stronger than the native shrubs and trees in fields and forests. It is an incredibly invasive tree because it interferes with the normal progress of the natural community succession.

This tree can grow in a variety of different soils, it re-sprouts extremely easily when damaged, and it produces large seed crops. When there is a dense population of the trees, other plants cannot coexist because there isn’t enough nutrients, sunlight, water, or space available. 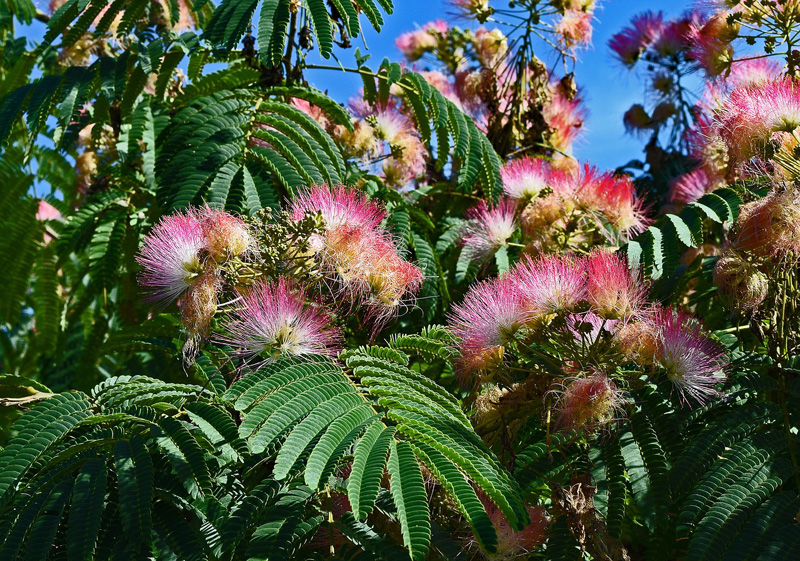 The Mimosa (or Silk) tree is also known as Albizia julibrissin, and was introduced to the USA from Asia and Africa in 1745.

This tree has a flat top, it is thorn-less and deciduous, and grows up to 50 feet tall on really fertile disturbed forest borders. In urban areas, it is typically smaller and has multiple trunks. Because of its bipinnate leaves, it is often confused with Honey Locust trees as well.

You can find the Mimosa trees from the east coast over west as far as Indiana.

Once the tree is established, it is very difficult to remove because of its long-lived seeds and its ability to continuously re-sprout vigorously.

This tree typically invades riparian areas and then continues to spread downstream. It does, however have a weakness. The mimosa tree does not do well in severe winters, and is often injured in extreme cold.

The Black Locust tree , or the Robinia pseudoacacia is native to North America and has been planted extensively over years and years because of its nitrogen fixing abilities, the excellent hardwood its made of, and its source of nectar for honeybees.

The tree is native to the Southeastern United States and the Southern Appalachians. It has been planted in many different temperate climates and has been naturalized throughout the US and parts of Europe.

Once the black locust tree is introduced to a new area, it expands easily into areas where their shade reduces competition from other plants who need a lot of sunlight. Because of this, the tree poses a very serious threat to native vegetation in upland forest edges, oak savannas, and dry and sand prairies. 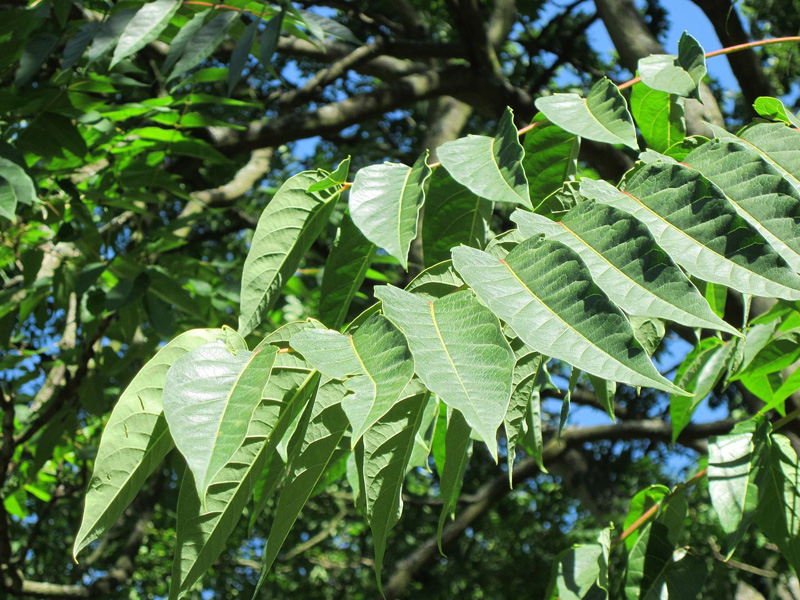 Last but not least, we have the Ailanthus altissima, also known as the Tree of Heaven .

This tree was introduced to the United States by a gardener from Philadelphia, Pennsylvania in the year 1784. The tree was originally from Asia and was promoted as a host tree for moth silk production.

Because this tree is able to grow very quickly under adverse conditions, it spread rapidly. It also produces ailanthene in its bark and leaves, which is a very poisonous chemical that will kill nearby vegetation to avoid any competition.

The tree is now widely spread across the United States. It goes from Florida to Maine, and west all the way to California. It grows up to 100 feet with fern-like leaves that can grow up to 4 feet tall.

This tree cannot handle any deep shade, and it can be most commonly found along fences and the side of the road, as well as waste areas. As long as the area is relatively sunny, it will have no problem thriving.

What Should You Do if You Discover Invasive Trees?

If you do come across invasive trees, what steps should you take?

We recommend contacting a trusted tree service company that can assist with you with removing the trees and handling the problem. If you are in the San Francisco bay area, you can contact Arborist Now to take care of the problem.