The ruinous outcomes from wildfires on wildlife and nearby landscape are well-known. A wildfire is defined as a sweeping and destructive conflagration in a location having ignitable vegetation and caused by factors both man-made and natural.

Wildfires spread quickly and can engulf large areas in a short period and are devastatingly destructive.  The damaging effects of a wildfire include:

A wildfire devastates everything that it consumes with large areas of valuable agricultural or forest land being lost in the fire. Farmers lose crops and livestock and suffer a great economic setback and those dependent on forestry also suffer heavy losses. Although these economic sectors are directly affected by the fire, other private properties, businesses, and communities also experience the adverse effect of wildfires. Direct costs associated with firefighting and restoration activities also consume vast sums of money.

Historic or Archaeological Vestiges May Be Damaged or Lost

If the fire engulfs an area that protects historic environment features or archeological vestiges, it may result in the loss of local identity and heritage. The damage occurs during the fire but and may also have an after-effect. The lack of vegetation might expose these elements to the erosive action of wind and water, accelerating the element’s destruction.

Forests absorb the atmospheric carbon-dioxide and reducing the concentrations of toxic carbon dioxide gas in the atmosphere. The occurrence of wildfires thus destroys the beneficial plant cover which in turn adversely affects the carbon sequestration and storage.

The entire ecosystem may fail from wildfires. As many animals, birds, reptiles, and insects burn to death or die from starvation or stress. The loss of biodiversity is one of a wildfire’s worst consequences.

As wildfires leave soil exposed and vulnerable to erosion from water and wind, it often takes a long time to recover. Some of these areas may remain permanently barren.

Toxic gasses and particles from smoke and ash released during fires can pollute the atmosphere. As an after-effect of a wildfire, the loss of plants can also lead to the contamination of water locations and soil erosion from dead plant and animal material.

Wildfires pollute the air with smoke and particles of ash, causing health problems for those in the affected areas. The problems include breathing issues, respiratory infections, headaches, dizziness, and eye irritation, are some of the common problems experienced by people.

Ignoring warnings to evacuate often lead to loss of life when people remain in their homes, hoping a wildfire with not reach them. As the fire takes little time to spread and the area is not evacuated in time, many make this fatal mistake. The deadliest wildfires have accounted for over 1,000 lives lost. 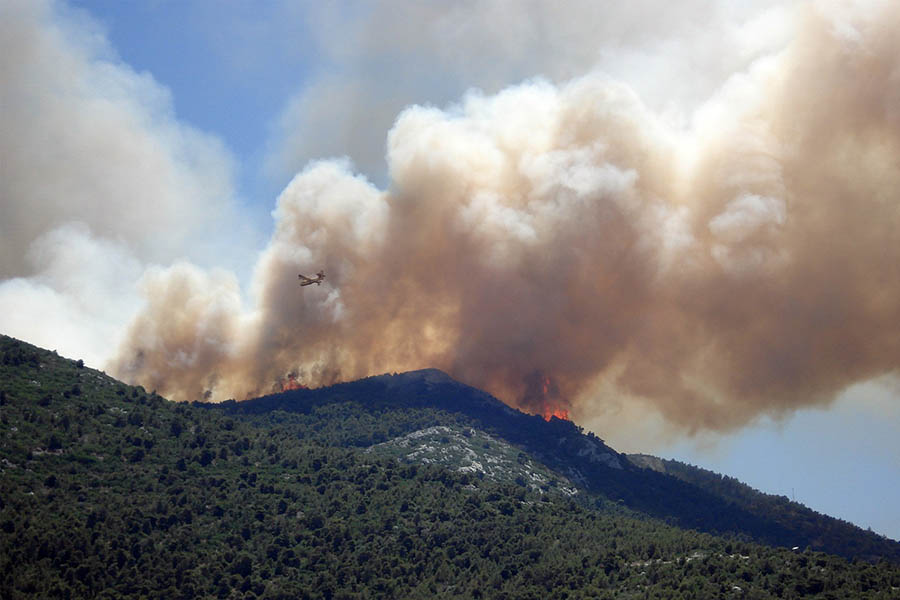 Natural vegetation protects the soil from erosion caused by strong winds and flooding. When these areas are destroyed by wildfires, the absence of plants make them more susceptible to floods and severe storms.

If you are located in the San Francisco Bay Area, Arborist Now would be happy to help you with any questions about wildfires and their after-effects. Contact us today for further assistance!