Tree pruning is a very interesting subject. Many people view pruning as an art, however, there are specific methods and techniques that must be performed correctly to ensure a trees future success.

To determine the method, one should use for a specific tree, one needs background information about its genus or family. This includes how it grows, how it is affected by the seasons, and how it responds to pruning. In addition, every leafed branch that is removed from a tree during pruning translates to less energy production for the tree as a whole. Because of this, it is important to have a reason for every branch you remove and to make each cut in the right place to give the tree the best chance to heal the wound. In this blog we are going to talk about two of the more drastic pruning methods, pollarding and tree topping, that are commonly misused and could end up being detrimental for your trees.

What is Topping a Tree?

By Famartin, from Wikipedia Commons

Topping a tree is reducing the height of the crown to a limit. Think of a heading cut applied to the tree as a whole.

What is a heading cut you ask? A heading cut is when you prune the terminal portion of a branch to a bud or a lateral branch that isn’t large enough to assume dominance of growth. This shocks the branch either causing various dormant lateral buds to start growing (watersprouts) or killing the branch entirely. Similarly, topping a tree will shock it and can lead to either erratic growth or sudden death.

Topping as a pruning method should only be employed under specific circumstances such as repairing a tree from severe storm damage.

Why is Topping a Tree Not a Good Idea?

Many things can go wrong when topping a tree.

First, removing the top of a trees crown interferes with its ability to produce energy. It also unbalances the root to crown ratio, disturbing the equilibrium of carbohydrate production and storage. A lack of photosynthetic potential coupled with the rapid depletion of stored energy usually leads to a trees death.

Second, removing large portions of the crown of a tree typically involves making large enough cuts that the tree may not be able to compartmentalize the wound making it prone to decay, fungus and insect infestations. As we all know decay is the beginning of the end for a tree.

Third, if a tree manages to survive a topping cut, the removal of a trees apical meristem causes the growth of watersprouts. Watersprouts are dormant buds that get activated and grow quickly and erratically. They typically grow vertically, defeating the purpose of the original topping cut and are usually poorly attached which makes them a risk for failure.

What Can You Do if Your Tree Has Been Topped?

If you have noticed your tree has been topped and a lot of watersprouts have been forming at the sites of the damage, don’t worry, not all hope is lost. When this happens there are some steps you can take to restructure and balance the tree’s crown. The process is referred to as crown restoration.  Crown restoration involves strategically removing watersprouts and any dead branches while cultivating well placed strongly attached watersprouts into new branches. This process takes time and several prunings over a number of years but will eventually rejuvenate and reform your trees crown. 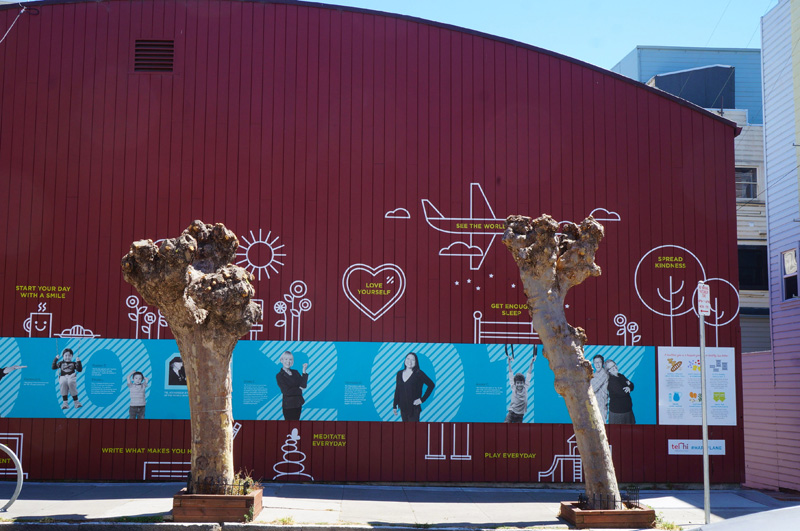 The first and most important thing to note is that this technique is not suitable for all tree species. Pollarding is a pruning technique that is usually done to large growing, deciduous trees that sprout readily after pruning. This specialized method of pruning must be started while a tree is of a young age. The first step of pollarding is to apply heavy intermodal heading cuts on the subject. The natural response of the tree is to produce many watersprouts at the site of the cut. Subsequently, one must remove the sprouts annually or every other year. These areas will begin to develop knobs or knuckles where the sprouts continue to originate and year after year you must continue removing the sprouts. The placement of the cut is very important for this technique to be successful. It is important to always cut at the branch collar taking care to not leave a stub but also not cut into the knuckle. Another important factor that is crucial for the trees survival is the timing of the pruning. It is VERY important that sprouts are removed during the dormant season. Generally, the dormant season is when the tree loses all of its foliage during the fall/winter months. This is important because the tree requires its leaves to produce energy so it can resprout after pollarding. If sprouts are removed to early the tree may die due to lack of energy and inability to re-sprout.

Where Did This Technique Originate and How is it Used Today?

Pollarding is a technique that originated in Europe centuries ago. Traditionally this method was used to produce a large amount of small diameter branches, which could be used for fuel or crafts, from a consistent source. By cutting branches back year after year and harvesting the long slender watersprouts, farmers had a good source of food for livestock, fuel for the fire, and building material for baskets, fences and structures. Today we primarily see pollarded trees in Urban Landscapes. In this situation the technique is applied for the purpose of maintaining street trees in confined spaces. Rather than allowing a tree to grow to full size, which could cause interference with electrical utilities and structures, pollarding can keep a tree healthy at a much smaller and manageable size.

What is the Difference Between Pollarding and Topping a Tree?

The most important distinguishing factor between a pollarded and a topped tree is the large knuckles that form with pollarding. These knuckles act as the source of each year’s new growth and ensure the vitality of the tree for years to come. The knuckles can be imagined as large scars. Every time the small diameter watersprouts are removed, the tree is able to heal compartmentalizing the wounds and re-sprout from dormant buds in the surrounding tissue the next year. On the other hand, topping does not lead to knuckle formation. Rather it leads to a large un-healable wound that usually leads to the death of the tree.

Remember, no matter what type of tree you have, or how you desire it to look, always consult an arborist for the best possible outcome for you and your tree. Do you have a topped tree that you would like to rejuvenate or are you interested in pollarding your Sycamore? At Arborist Now we have skilled arborists that know how to balance your needs with those of your tree. Ask for a consultation with us today so we can further talk about the health of your trees.