Pest of the Month: Gypsy Moth

We are nearing the end of February, meaning that it is time to discuss a new tree pest of the month. The gypsy moth is definitely one to look out for, so we will be giving you everything you need to know.

Before we get into what this pest does and how you can get rid of them in your landscaping, let’s talk about what gypsy moths are.

What is the Gypsy Moth? 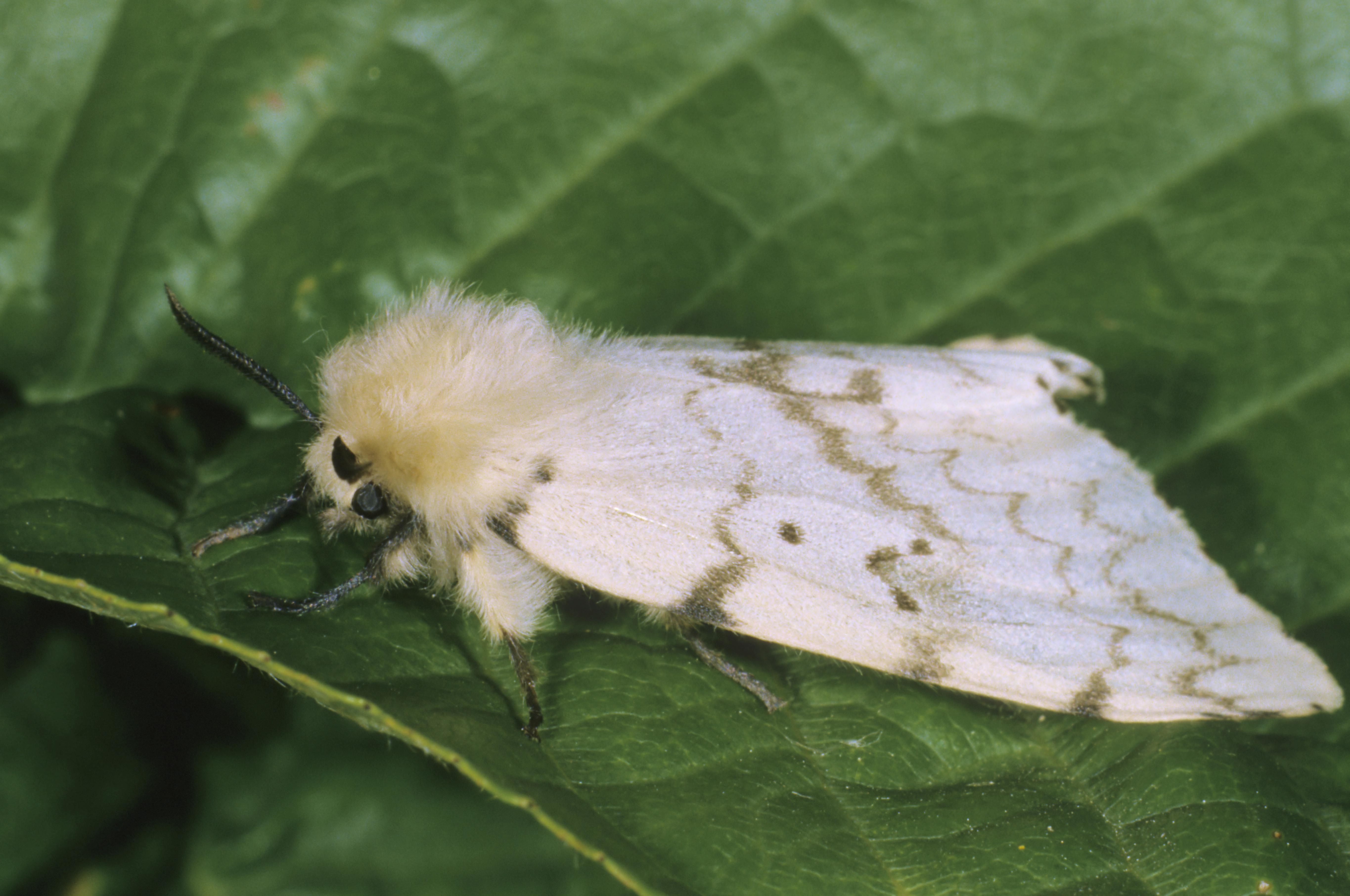 This pest was introduced to the United States in 1869 from Europe, and very quickly became an invasive species. They were brought over with the intent of interbreeding the moths with silk worms in order to develop a silkworm industry. Unfortunately, however, the gypsy moths were accidentally released in Massachusetts, and they quickly became an issue for trees around the country.

Within about ten years after their accidental release into the states, the gypsy moth was considered a problem. The first major outbreak happened in 1889, and since then have been a serious issue.

The gypsy moth starts out as eggs that are clumped together in a mass typically on trunks and branches of trees. However, they can also be found in any sheltered area like vehicles, leaves, and rocks.

The female moths cannot fly, so they will lay the eggs on a surface near where they themselves emerged from their pupa. The egg masses are protected by a coating of hairs that keep predators and parasites away, and also insulate the eggs from the cold.

After a month, the larva inside the eggs become fully developed and enter diapause to overwinter. This stage of their life cycle lasts for 8-9 months. In the springtime, the larva will chew through their eggs to live on their own.

If you are trying to spot these egg clusters for yourself, they are typically ovals that are a little less than an inch wide, and an inch and a half long. The masses are a yellow-brown color, but may become whiter in the winter.

Most of the larvae hatch within a week, but some will take up to a month to emerge from their eggs. They are about 3 mm long at this point, and grow up to 50-90 mm.

Between June and early July, the larvae reach maturity and enter the pupal stage. Pupation will last anywhere from a week to 14-17 days. After this period, the fully developed adult moth will emerge. An adult gypsy moth lives for about a week.

Why are They a Pest to Your Trees? 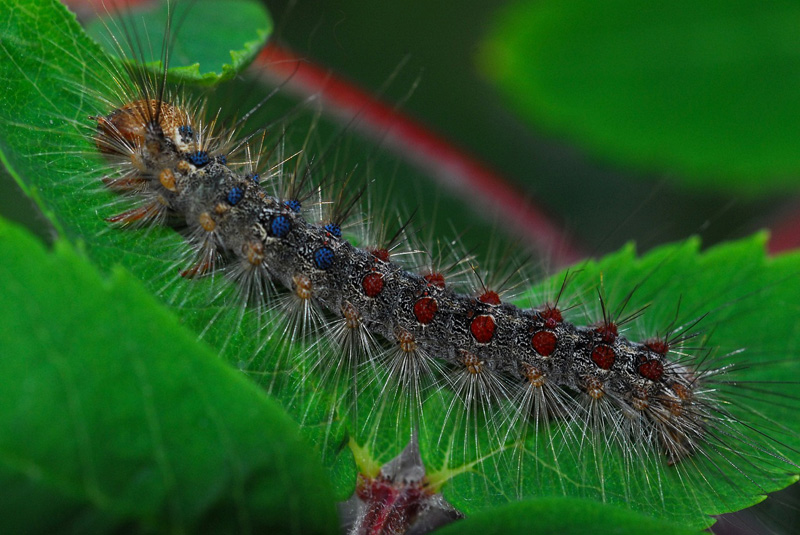 So how do gypsy moths harm your trees?

While these pests are able to feed on over 500 different species of trees and other plants, they overall prefer to target oak trees.

Gypsy moth caterpillars will consume as much leaf tissue as they possibly can, and as fast as they can in order to become reproducing adult moths. This feeding period will last between 7-10 weeks throughout late spring and early summer, so they can do quite a bit of damage to your young tree’s leaves. If your trees lose over half of their leaves for more than two years straight, this could weaken and even kill it.

One gypsy moth caterpillar on its own can eat up to 11 square feet of vegetation during its life, so having an abundance of them can severely damage your trees and even forests.

While gypsy moths won’t cause too much damage in low quantities, which they do stay in for years at a time, other times their populations simply explode. This happens for different reasons including a lack of predators or better weather.

When large outbreaks occur, trees are almost completely stripped of their leaves by the hungry gypsy moth caterpillars in just a few days. This stresses the trees out and can drain all of their reserves.

Weaker trees and other plants are more likely to be attacked by other pests and diseases, which could kill them off. If the trees are continuously attacked year after year by the caterpillars, this could also kill them.

What Can You Do to Get Rid of Them? 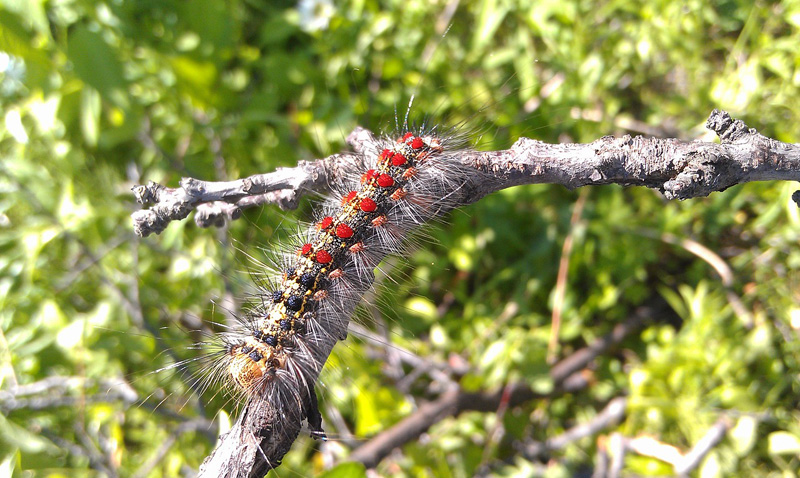 Now that you know what they can do, how do you get rid of gypsy moths?

There are a few good methods to keep them away. One important chore to complete is making sure that you are keeping your property as clean as possible. Remove any dead plant matter where the adult female moths would want to lay their eggs, and destroy the egg masses that you do find.

Use a good insect spray on the leaves of your trees in order to kill the gypsy moths in their caterpillar stage. For the best results, make sure you spray when the caterpillars are less than an inch long. If you are dealing with an especially large population, consider two or more applications (each five days apart).

As a last resort, you can use botanical insecticides. We recommend using one that is derived from plants, because it’s less likely to have harmful side effects over synthetic chemicals.

Our Final Thoughts on Gypsy Moths

We hope that our guide helps to keep your landscaping and trees safe from these very aggressive pests. If you do have additional questions about pest removal and tree damage in the San Francisco Bay Area, don’t hesitate to contact Arborist Now about it today!