If you ever take a trip up to British Columbia, you have to stop and see Big Lonely Doug.

This is Canada’s second largest douglas-fir, and it is a massive tree that looks almost unnatural because of how tall it is. If you have never heard of this famous lonely tree, we are going to share its story. The tree has an interesting history, and it is well worth looking into.

What is Big Lonely Doug?

Big Lonely Doug is a Douglas-fir on the southern end of Vancouver Island in Canada.

According to the B.C. Big Tree Registry that is run by the University of British Columbia, the tree is 230 feet tall (70.2 metres) – this makes Lonely Doug about the height of an 21 story building. The tree also has a diameter of 12.8 feet wide (3.91 metres), making it wide as some cars front to back. The canopy of the tree (how far the branches and leaves spread out) is 60 feet wide (18.33 metres).

This tree was named Big Lonely Doug by the people who originally found it. Conservationists believe that it could be as old as 1,000 years. At this point, the tree is considered a symbol for protecting old growth forests in British Columbia. 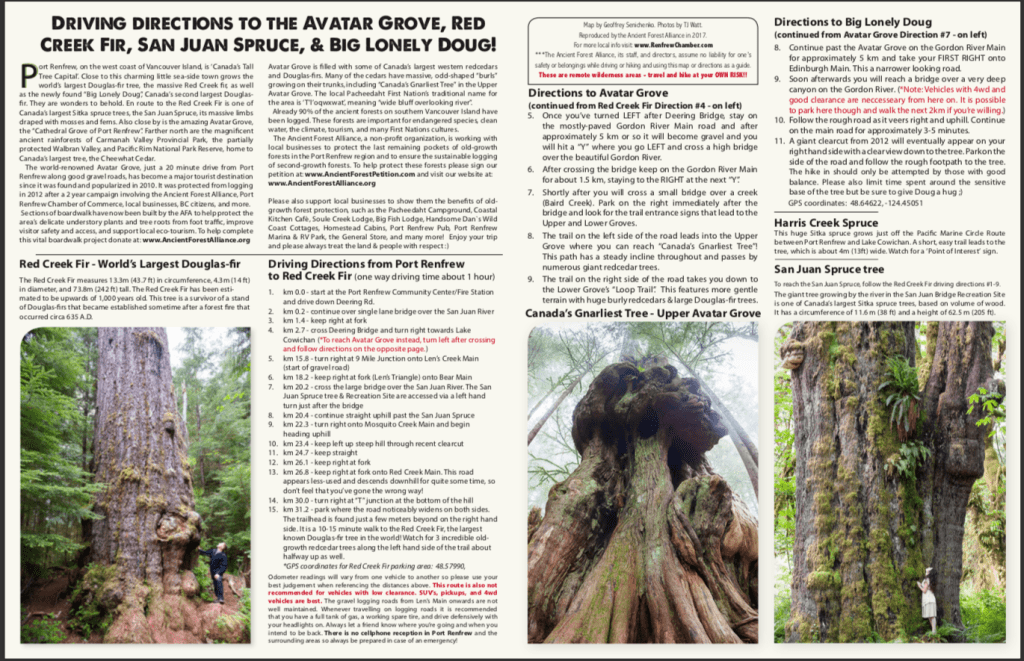 Courtesy of the Ancient Forest Alliance

If you are interested in taking a trip to see the tree, there are some things you should keep in mind before your trip.

The area surrounding Lonely Doug has been completely clearcut due to logging. This gives you a great view of the tree as there aren’t too many obstacles surrounding it.

To get to this area, you follow a logging road off of the Gordon Main that goes through a forested area and leads to the cleared area where Lonely Doug is. Logging roads are typically unpaved, and you will most likely need to drive with your lights on. Be prepared to pull over quickly if you come across large industrial trucks as well. The road does get increasingly more rocky as you go along, so if you don’t have a 4-wheel drive car you may need to park and walk the last .9 of a mile (1.5 kilometers).

For the best view of the entire tree, you will get the ideal shot from the actual road. However, if you want to stand at the base of the tree, you will need to do a little hiking.

You will need to wear solid hiking shoes/boots and be physically fit enough to handle steep incline and rocky terrain to get to the tree base.

When walking around Doug, you should walk softly. Loosening the earth around the tree’s base will quicken the erosion and give it less ground to hang on to as it grows. Also make sure to avoid walking on the tree’s root system, this will help ensure it stays happy and healthy.

There are no bathrooms or trash cans in the area, so keep the Leave No Trace principles in mind for your trip.

Lastly, keep in mind that you are in an area that is frequented by both bears and cougars. Know normal safety procedures for both of these animals while on your trip.

So what is this tree’s story? How was it found and how is it the only douglas-fir left in the area?

In the winter of 2011, a logger named Dennis Cronin was walking through a section of old-growth forest near Port Renfrew on Vancouver Island. He was there to survey the land and flag the boundaries for cutting down the trees. As he walked through the forest, he came across a massive Douglas fir.

This tree, if it had been felled and milled, could have easily brought in over fifty thousand dollars. However, instead of moving on, Dennis Cronin wrapped a ribbon around the tree and wrote “Leave Tree” on it.

When the fellers arrived, the cut every single tree down – every tree except for the one massive Douglas fir that Mr. Cronin marked with a ribbon.

The tree stood all alone in the clear cut until a photographer and activist named T.J. Watt came across it while searching for big trees for the Ancient Forest Alliance. It then got the name Big Lonely Doug because of its solitary stance in the clear cut area, and has since been a symbol for the Tall Tree Capital of Canada. 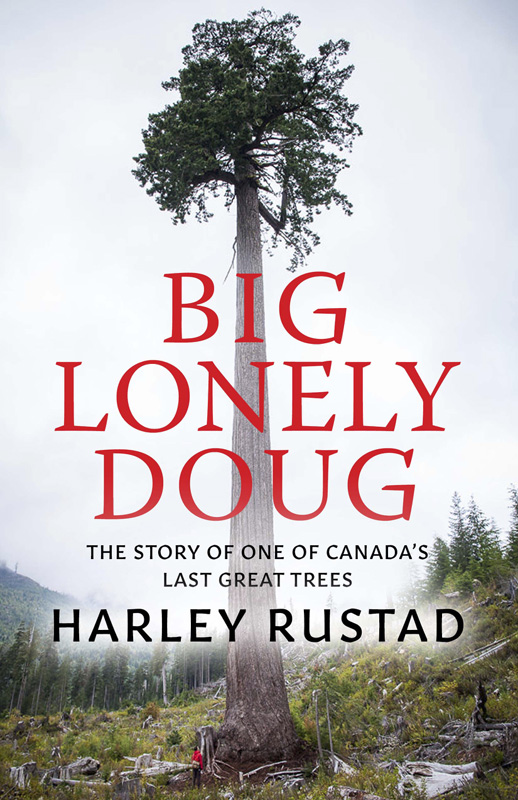 If you are fascinated by this old, enormous tree, there are some great resources for learning more about Big Lonely Doug.

This past week, a new book was released by Harley Rustard called Big Lonely Doug: The Story of One of Canada’s Last Great Trees. The book covers the tree and its history, as well as what it symbolizes today.